Ouch! It turns out that many believe bleach solutions can treat autism

Ouch! It turns out that many believe bleach solutions can treat autism 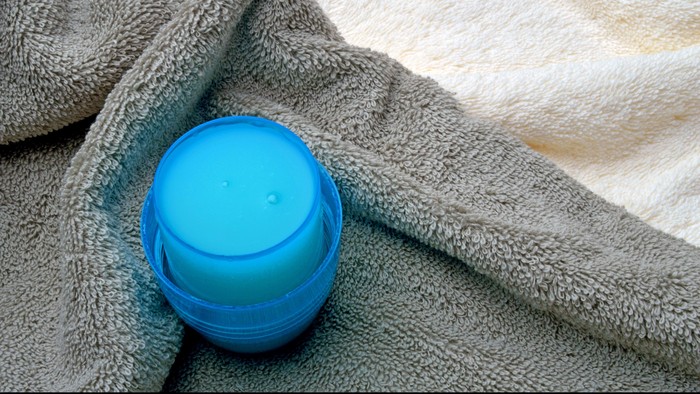 Jakarta - Two mothers conducted an investigation related to news about clothes bleach which is said to treat autism . The news is widely circulated on the internet, although it has been known to bleach clothes or bleach is toxic when swallowed.Investigations were carried out by Melissa Eaton from Salisbury, North Carolina and Amanda Seigler from Lake Worth, Florida, who both have children with Autism Spectrum Disorder (ASD). Both of them conducted an investigation by going into a number of Facebook-based groups, who were sure ASD could be treated with clothes bleach.

"Having a child with ASD is a tough situation for parents, but giving children bleach clothes is clearly torturing children. We can just act very stupid and let it go. But we are not people like that. This group is in fact like a sect," Eaton told NBC was quoted by the Daily Mail.Both create fake accounts on Facebook and enter each group that believes in the benefits of chlorine dioxide for ASD. Every upload related to ASD and clothes bleach is photographed and sent to a child protection agency. In the past 3 years, Eaton and Seigler have reported around 100 cases with the authorities.According to Eaton and Seigler, their findings are very scary because children generally refuse to be given a clearly dangerous intake. But parents insist because they believe the bleach solution can improve their child's condition. A mother from Kansas said her child made a noise like panting after drinking a bleach solution. While the mother from Canada said her child would not open her mouth, scream, vomit bleaching solution.Until now there has been no explanation or response from the protection agency about this case. The idea of ​​using bleach solutions to treat ASD came from Jim Humble, a former scientist. This idea was popularized by a housing agent from Chichago Kerri Rivera who claimed to have healed 500 children with this method.Rivera wrote her experience in a book called the Symptoms Known as Autism, which was published in 2013. She also has a YouTube channel that shows instructions for using bleach solutions. Rivera herself has no health education background but claims to be an expert in homeopathy. River also said working with a number of health experts in deploying the whitening solution method for ASD.Quoted from the CDC, ASD is usually only known after a child is 2 years old. Pad developmental disorders are usually children have communication difficulties and behavior. Some conditions that are included in ASD are autism, Asperger's syndrome, and disintegrative disorders in children. Some signs of ASD are reducing eye contact, not responding when the name is called, and making repetitive movements.Until now there is no known cause of ASD, but people who believe in the benefits of bleach solutions believe the opposite. ASD is believed to be an impact of bacteria and viruses so that it can be overcome with chlorine dioxide. Though a number of cases have shown the adverse effects of ingesting bleach solutions. A child in the UK must undergo intestinal surgery because several times to swallow or receive bleach through the anus.Eaton and Seigler said that until now they continue to monitor communications in the group. Suggestions, experiences, and the effects of giving bleach solutions to children with ASD will continue to be sent to child protection agencies. Eaton and Seigler hope the government and online service providers can spread Rivera's profile and forbid uploading material about bleach solutions to overcome ASD.(Rosmha Widiyani / up)
Melissa Eaton