Why My Dealings with Autism Speaks is Personal 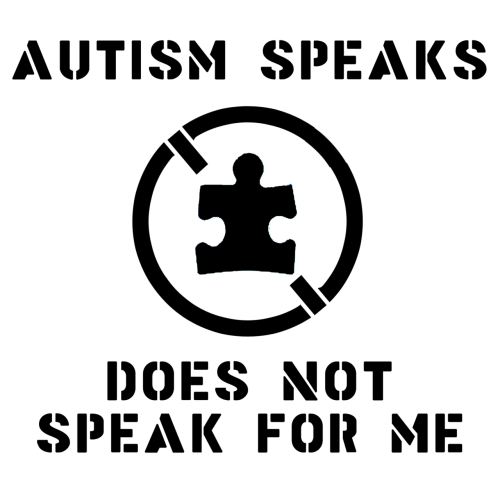 Most autistics downright hate Autism Speaks. Most that I have talked to have not have personal dealings with them like I have. I have been asked multiple times to tell my story, so here it is.

My first autie diagnosis was when my nine year old was three. I brought him to the neurologist I was told about by many people. He was very good with him. He suggested ABA but did not push and he respected my position on it. I appreciated that. At this point I started to suspect I might be autistic too. He was too similar to me and I did not believe it was a coincidence.

He gave me the number to Autism Speaks and told me to give them a call. It made perfect sense. Everyone has heard of them and they are supposed to be an advocacy agency.

I called them and they told me that our local chapter was going to be at the local disability fair. I was excited because I would get some information. I went to the fair. I got information about different services that my son would be eligible for. Nothing for adults. I thought that was weird. Then I get to the Autism Speaks table. My son waves hello. He was not speaking at the time. I mention that I was looking into getting evaluated because I suspected I am autistic. She asked me how many children I had. I said 3 (it as three at the time).

What she said to me next was shocking. "YOU SHOULD NOT HAVE BRED! We do not need any more people with autism. What is wrong with you?"

I took my son out of the fair. I was really distraught. I even tried calling the agency number again. No one wanted to hear from me. They just ignored this ever happened.

From that day forward I have a personal grudge against Autism Speaks and everything they stand for.
ableism autism speaks