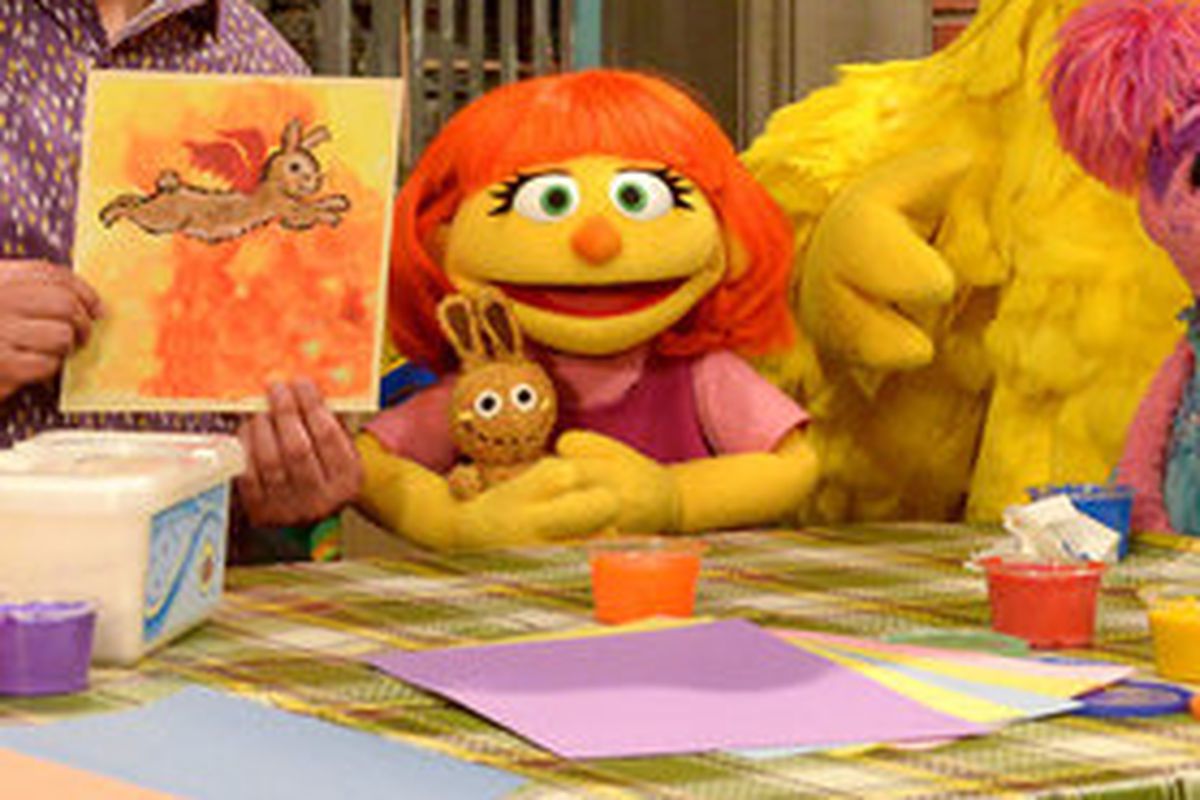 Then about two years ago, they partnered with Autistic Advocacy Network to help create an autistic Muppet named Julia. To make sure she acted authentically autistic, Sesame street consulted researchers and advocacy groups. These groups included ASAN, Autism Speaks and others. They did a fantastic job. She was not the stereotypical boy. They showed her being able to be friends with the other Muppets. She was well received in the autistic community. She was a very important piece of cultural representation for us. This allowed to educate the public about autistic people.

“The 100 Day Kit encourages parents to blame family difficulties on their autistic child (“When you find yourself arguing with your spouse… be careful not to get mad at each other when it really is the autism that has you so upset and angry”) and to view autism as a terrible disease from which their child can “get better.” It recommends compliance-based “therapies” and pseudoscientific “autism diets,” but fails to educate families about communication supports. It even instructs parents to go through the five stages of grief after learning that their child is autistic, as they would if the child had died.”

The issue is not with the early screenings, which everyone can agree on. The earlier you know, the better. The issue is with what the harmful organization tells the parents to do after the fact.

We are trying to fight for the rights of autistics everywhere and doing this will set us backwards. ASAN has talked to Sesame Street about this and they are taking no action. Jeanette Betancourt, Sesame Street's vice president for social impact in the United States says they were aware of the political clapback but decided to proceed anyway. Sesame Street has no plans to change the current campaign.

“We said that our scope is not really in support of an individual resource or an individual organization. And that we were collaborating with Autism Speaks and the Ad Council for the messaging and the purpose of the campaign, which was in early screening and early diagnosis,” she says. “We’re always looking at that bigger perspective. We truly value all our partners, including ASAN, and are disappointed, but we understand their perspective, and we respect it.”

Autism Speaks has a $50 million budget for campaigns like this. Their main goal has always been a cure. Even though they stated they changed the directions, we as autistic people do not trust them.

Unless something changes, the development of Julia will happen without Autistic people's input.
ASAN had no choice but to end the partnership for the good of the autistic community. As someone who grew up on the TV show, it saddens me deeply. It is almost as if I lost a good friend.