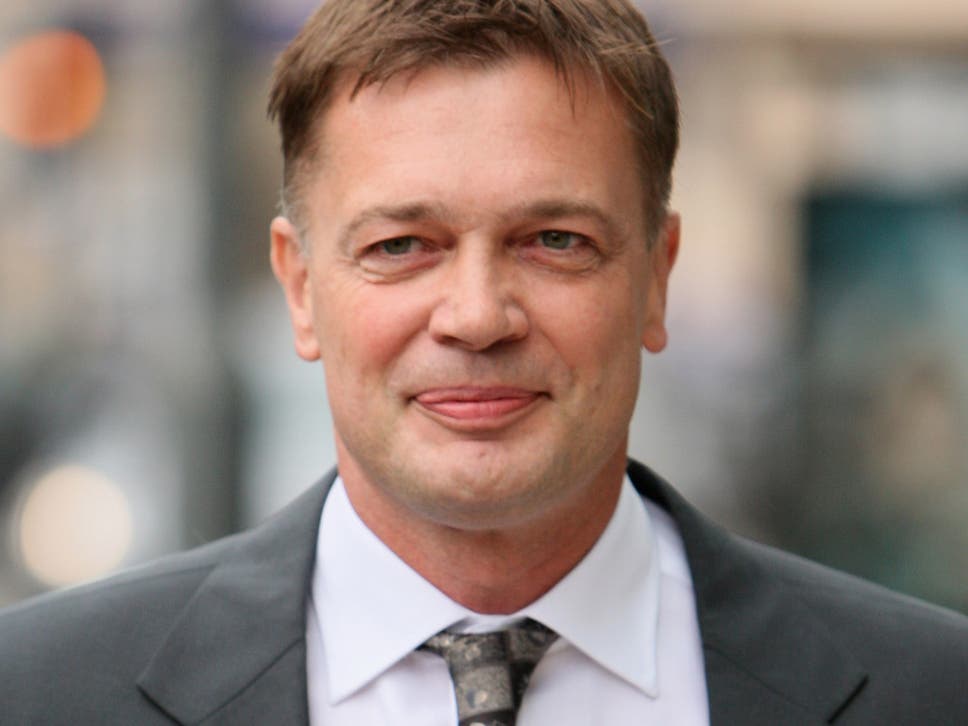 Andrew Wakefeild. He has a permanent place in Autistic history. He represents what we fight against. Mr. Wakefeild was born in 1957. His father was a neurologist and his mother was a general practitionaner. After he left the independent King Edward's School in Bath, he studied medicine at St. Mary's Hospital Medical School. Wakefeild fully qualified in 1981. He became a fellow of the Royal College of Surgeons in 1985.

In the UK, he worked on a liver transplant program a the Royal Free Hospital in London. In 1993, he attracted professional attention when he stated that the Measles virus may cause Crohn's Disease.Two years after he published a paper in The Lancet stating a link between Crohn's Disease and the MMR vaccine, other research failed to confirm this hypothesis. This was with a group of experts in the UK. This group reviewed peer reviewed studies in 1998. They concluded that the vaccine does not cause Crohn's disease.  In 1995, Wakefeild was conducting research into Crohn's diease. During this time, he was approached by Rosemary Kessick. She was a parent of an autistic child. She was seeking heklp with her son's bowel issues and her issues with her son being autistic. Kessick ran a group called Allergy Induced Autism. In 1996, Wakefeild turned his attention to researching possible connections between the MMR vaccine and autism.

Wakefeild is a discredited doctor from the UK.  He became an anti vaccine activist. He was practicing gastroenterology at the Royal Free Hospital in London. He published a paper in The Lancet. This paper claimed that there was a link between measles, mumps and rubella (MMR) vaccine and autism.  Other researchers studied this and were unable to replicate his results. There was a 2004 investigation by the Sunday Times by Brian Deer. He found financial conflicts of interest. Most of the co authors  withdrew support of the study's findings and interpretations.

On February 28, 1998, Wakefeild lead the study of twelve autistic children. This study proposed a new syndrome called autistic enterocolitis. It stated that there was a possibility of a link between a bowel disease, autism and the MMR vaccine. The authors of this study noted that the parents of 8 of the twelve children linked "behavior symptoms" with MMR. They reported that the onset of these symptoms began within two weeks of the MMR vaccine.

These possible triggers were reported as MMR in eight cases. One measles infection in another child. There was an instant controversy with the paper. There was widespread publicity in the UK. There was Japanese study conducted in 2005 where there was no link.

Even though the paper said there was no casual connection proven before it was published, Wakefeild made statements at a press conference and a video news release for a suspension of the vaccine until more research could be done. This was criticized later as "science by press conference." BBC News states the press conference fueled the MMR vaccine scare.

The British Medical Council (GMC) inquired into the allegations of misconduct against Mr. Wakefeild and two former colleagues, focused on Deer's findings. In 2010, the GMC concluded that Wakefeild had been dishonest with his research. He had acted against the best interest of his patients. He also mistreated developmentally delayed children. He had also "failed his duties as a responsible consultant." The Lancet retracted his publication based on the GMC's findings.  They noted that it had been falsified. They further stated that they had been deceived by Wakefeild. After three months, Wakefeild lost his licensure due to deliberately falsifying his study. He was barred from practicing medicine in the UK. The British court stated "there is now no respectable body of opinion which supports [Wakefeild's] hypothesis, that the MMR vaccine and autism/enteroccolitis are casually linked."

The British Medical Journal described his work as an "eleborate fraud." This lead to later reporting that revealed that Wakefeild had been planning to capitalize the MMR vaccine scare that was sparked by his paper. He was going to do this by forming a corporation that would profit from :litigation-driven testing." His falsified paper directly caused a decline in vaccination rates in the United States, UK, Ireland and other countries. There is a corresponding rise in the Measles and Mumps infections. This resulted in serious illness and deaths. He continues to claim that vaccines are harmful. This has lead to distrust of all vaccines. There are more cases of disease  controlled by vaccines.  To this day he continues to defend his "research" and conclusions. He says there were no fraud, hoax or profit motive.

Wakefeild's data was also questioned. A former graduate student, who appeared in Deer's program, later testified that Wakefeild ignored laboratory data that conflicted with his hypothesis. There was an independent investigation of a collaborating independent laboratory questioned the accuracy of the data in Wakefeild's claims.


After the Fraudulent Study

Wakefeild continued conducting research in the US after leaving the Royal Free Hospital in December of 2001. He joined a researcher, Jeff Bradstreet, at the International Child Development Resource Center. This was to conduct further studies on the possible relationship between the MMR vaccine and autism.

Wakefield was the senior lecturer and honorary consultant in experimental gastroenterology at the ROyal Free Hospital School of Medicine while the MMR vaccine was being conducted. He resigned in 2001. This was through "mutual agreement and was made fellow of the Royal College of Pathologists." He moved to the United States in 2001 or 2004. It has been reported that he was asked to leave the Royal Free Hospital after refusing to validate his 1998 Lancet paper with a controlled study.


After this, Wakefeild helped establish Thoughtful House Center for Children. He also served as the executive director. It is located in Austin, Texas. This is a facility that studies autism. The Times states  that he "continued to promote a theory of a link between the MMR vaccine and autism, despite admitting it was not proved." He resigned in Febuary of 2010. This was after the GMC found he was "dishonest and irresponsible."

In May of 2010, he was a medical advisor for Viscreal. This is a British charity that "researches bowel disease and developmental disorders."

In January 2011. Wakefield stated at a press conference:
"I want to make one thing crystal clear of the record - my research and the serious medical problems found in those children were not a hoax and there was no fraud whatsoever. Nor did I seek to profit from our findings . . . despite media reports to the contrary, the results of my research have been duplicated in five other countries  . . . I continue to fully support more independent research to determine if environmental triggers, including vaccines, are causing autism and other developmental problems . . . Since the Lancet paper, I have lost my job, my career and my country. To claim my motivation was profit is patently untrue. I will not be deterred - this issue is far too important."

Wakefeild is barred from practicing medicine in the UK and never registered in the United States. He currently lives in the United States where he does have a following, this includes Jenny McCarthy. She wrote the forward in Wakefeild's autobiography. He lives near Austin with his family.

Wakefeild set up the Non Profit Strategic Autism Initiative to perform studies into autism and is currently listed as a director of Medical Interventions for Autism and Autism Media Channel.

On June 13, 2019, Wakefeild was at a Nexus Conference. A good friend and fellow autistic Activist Louis Brunel (Runs Crimson AU facebook page) told Wakefeild exactly what he thought! He owned the fraud!


After Louis gives his speech Wakefeild said "Thank you for your opinion. Great thing about freedom of speech is that you are entitiled to say what you said.

Posted by Amanda Seigler at 3:00 PM