I just came back from my first advocacy trip from New York City. I grew up near there so it was good to go home, so to speak. I did have pizza here. Who goes to NY and not have pizza? It should be a crime if they don't! 🤣

I was invited to appear on the popular medical show, Dr. Oz  to talk about my role in activism against the Bleach Cult.

They paid for my airfare from Florida to New York City, along with my transportation and hotel accommodations. We all know I do not make enough money to do that myself, it was a big relief. 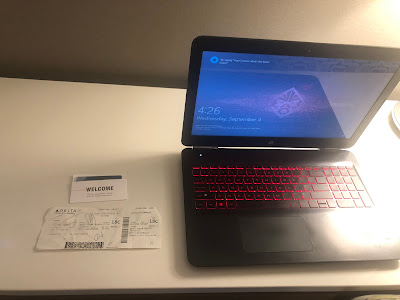 I met Dr. Oz. He was very nice and really bothered by what we were fighting. Not the fact that we are fighting it but the fact it has to be fought. He admitted that he recommends diets but they do not cause direct harm and cause children to be sick (according to him).

They had ordered a vial of MMS on the set and did some testing with it. I have never seen MMS in person before that time. I knew how dangerous it is. The smell alone is at least 10x stronger than house hold bleach. Being in the same room with it was very emotional. When I saw it and smelled it was a lot different. The difference I can compare from reading about concentration camps and actually visiting them in Poland. The only comparison I have. Anyone who went on March of the Living can understand this comparison. It was humbling and at the same time gave me more conviction in doing what I am doing.

They did a phenomenal job exposing the dangers. Some images when you see it will look familiar. I am very thankful they did and when I can tell you more I promise I will. Scout's honor.

The world wide network of us will never stop. If we have not caught you yet, we will. You can be sure of that. Scout's Honor.
Posted by Amanda Seigler at 11:58 AM