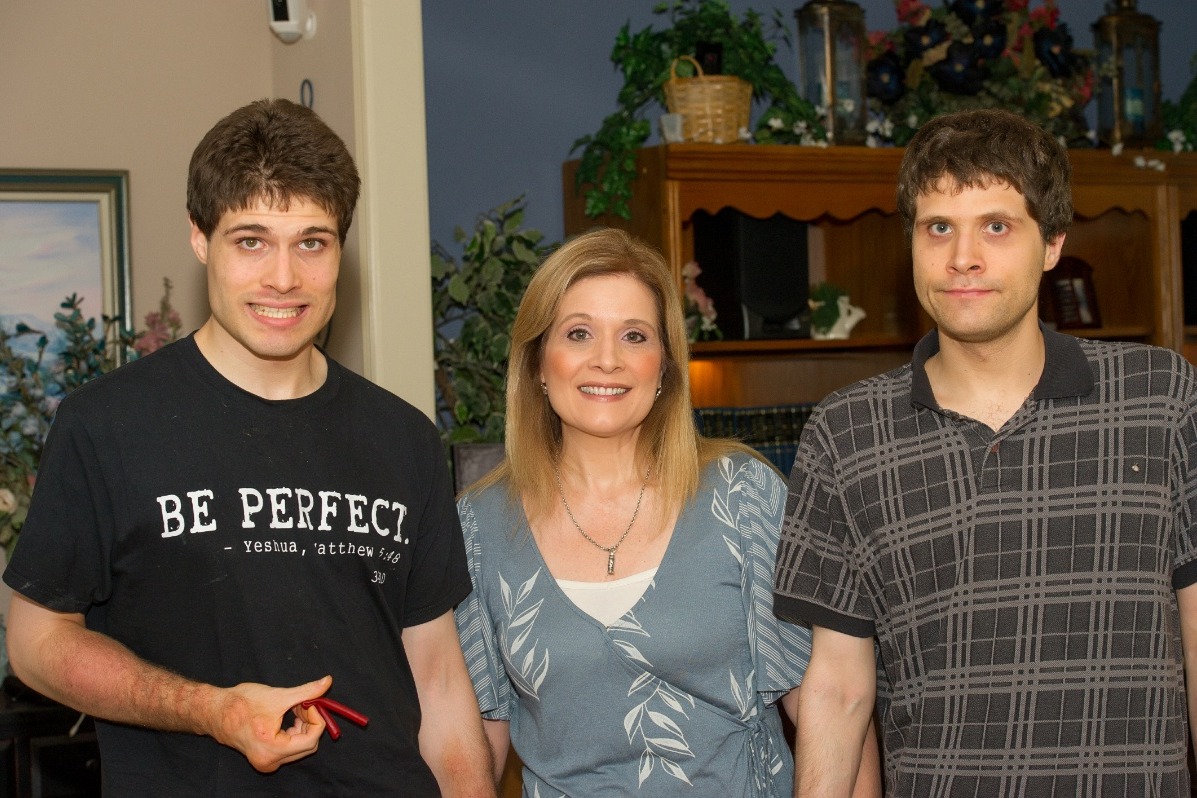 There as a newscast in Kansas City about Laurel Austin. She is a bleacher parent who has been poisoning her children with MMS for years to try to cure their children of being autistic. This newscast is trying to undo the hard work we put in for years to make this public.

They start off with the line "Do you believe in miracles?" With that alone, I knew it was going to be bad. I have appeared on the news about this dangerous substance numerous times and none of them came close to this. I knew they were going to paint her as the desperate mother.

They mention that MMS is "on the market." It is not really on the market. It is available through websites that claim it can cure anything. You cannot find it in any reputable stores or outlets.

After the introduction, it then shows a video of her son, Jeremy. He is now 28. He was obviously in distress. She was doing nothing to change the surroundings to help him through his distress. It just shows him self harming while his mother is making a movie.

After this clear violation of his dignity and autonomy, they cut to his mother. Austin paints a tragedy  narrative. How bad it is to have a child like Jeremy.  They are "trapped in their own body and that's not normal." Is she the authority on what is normal? She claims we are not born with it and he deserves relief from his suffering. She is right on one thing. He does need relief but not from what she is describing. He needs relief from being forced into situations that are overwhelming. He needs to be accommodated. He needs to have a mother who will accept him for who he is, accommodate him and help him. What he does not need is medical misinformation, being poisoned and made to feel like he is a burden. His life matters too.

She claims that all four of her children are vaccine injured. Three "have autism". They continue to use functioning labels. Calls Jeremy low functioning and calls her other sons "fully functioning." The ableism in this report is palpable. We are autistic or not. There is no high or low functioning. There might be people who need more support than others.

It then cuts back to the mother. She says that Jeremy used to speak and that he had 25 words. The reporter then goes to say how at 18 months she noticed regression. It happens with many autistic children around that age. It does not matter if they have been vaccinated or not. She mentioned biting himself, seizures and other common signs in autistics.

Laurel claims she tried everything from diets to medications. We all know there is no diets that will make you not autistic or even "improve" signs that one might be autistic. Restrictive diets do not change neurology. Then she found bleach.

They cut to their father, Brad Austin. He states it claims to cure everything. He reported the mother of his children to adult protective services. "Its such a ludicrous idea." When he was asked if he thinks they were vaccine injures he answers no. When asked what caused his children to be autistic. He answers the correct answer. "Genetics." "She is giving them bleach to cure their autism. It is akin to child abuse, in my opinion." Their father is trying. My heart goes out to him.

They had a chemist analyse MMS for the newscast. It is exactly what everyone says it is. Sodium Chlorite mixed with hydrochloric acid. The reporter starts as "It's not bleach?"
Then the chemist comes back with "Its not household bleach but in the family of bleach."
They then tested it next to household bleach.
"Is this solution dangerous?"
"Yes"
"Is this solution dangerous to drink?"
"Yes"
"How dangerous?"
"It depends on how much you drink and how often and how diluted"

They then cut to the cover of Kerri Rivera's book "Healing the Symptoms Known as Autism." This is the protocol that Austin uses. They explain exactly how to mix it. This is very dangerous. I do not know how they were allowed to broadcast this.

"Would you drink this solution?"
"No"
"Why?"
"It is corrosive and toxic"

Mr Autistin states," I fear for their health and their safety. It is not a medically approved treatment. The FDA has warned against it."

Laurel Austin claims she took the information to her doctor. Claims it wasn't an alternative medicine doctor but a regular doctor.

There is a bleach approving doctor in her area here too (Found by the talented Melissa Eaton): 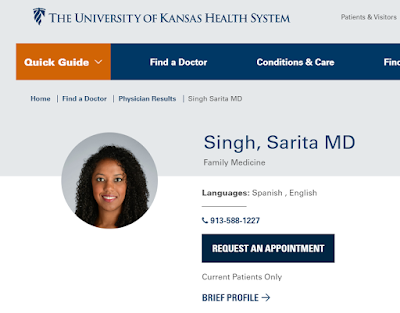 We later found out that this was the doctor. Here is the proof: 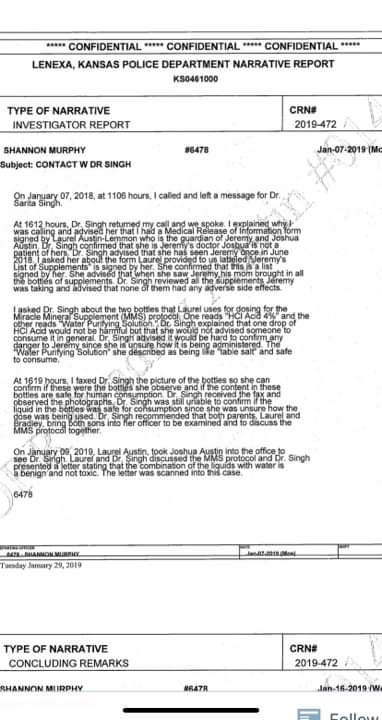 She states that her doctor signed off on it as a form of Chelation therapy. Chelation therapy removes heavy metals from the body. When there are not heavy metals to remove, it goes after iron and other minerals. Can leave the patient very ill with anemia and other deficiencies. Majority of doctors warn against this practice but there are some who do recommend it. These are MAPS doctors (I will be doing a post of them on a later date).

"We could not have started the protocol without a doctor's signature because day service had to administer." Not all doctors are reputable. One endocrinologist almost killed my diabetic son because they were no treating his diabetes appropriately. He is still a doctor. Andrew Wakefeild was a doctor as well. He has caused a lot of harm. Just because they have a medical license, does not mean they should be automatically trusted. Make sure you know what your doctor's values are.

Reporter: "Some people would call you crazy. What do you call yourself?"
Laurel Austin "Researched."

She claims there have been health and behavior improvements. They stop the self stimulation behavior because they are ill. They are sick. The self regulation stops when their organs are as badly damaged as they are in these young men. The people who participate and push the protocol see this as signs that it is working. They are scared if they do it again, they will be made to endure the enemas. This news cast does not describe the enemas that are given to her sons.

Austin claims she stopped in June, 2019. As much as she is singing its praises, I do not think she has stopped. I think she said that so she would not be prosecuted

They show the video of Jeremy in distress again. Would you want a video of you in distress like that on the News for millions of people to see? I bet that answer is no.

"What is your hope for your boys?"

"To live as independently as possible."

Reporter: "Would you do this again?"
Laurel Austin "Yes but I would be more quiet about who knows about it"

With all the media attention about this abuse, they should have shined a different light on this. Kids are dying. There are kids who cannot even walk due to being forced to drink bleach or endure bleach enemas. Make this illegal.

My petition can be found here:
http://chng.it/Y5Xg54dtYD


original newscast can be found here:

Posted by Amanda Seigler at 8:14 AM