First Time I Ever Saw a Sensory Room 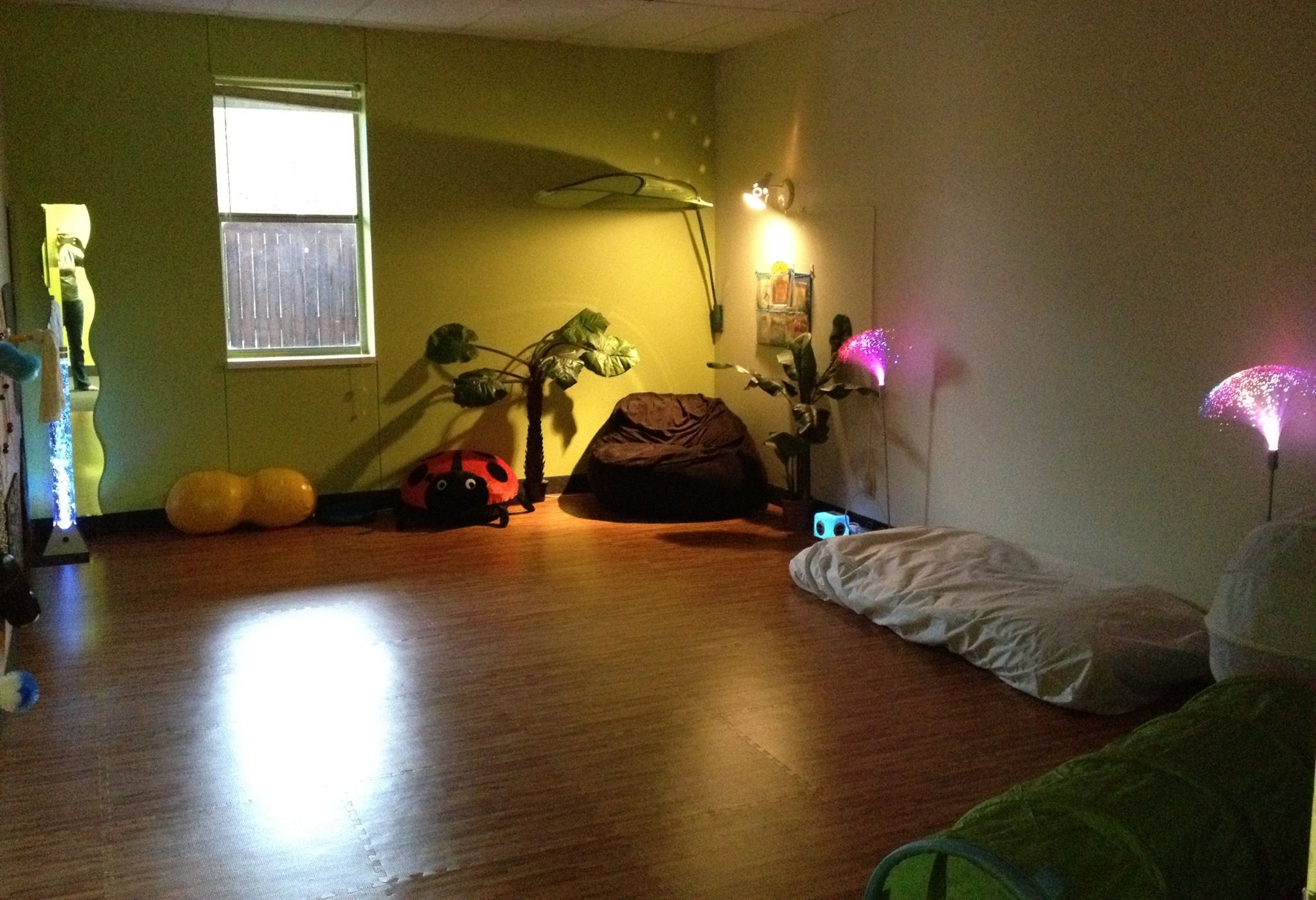 After a good friend of mine showed me a photo of the night sky ceiling she is painting for her autistic son and other people were telling me how they turned their rooms into sensory rooms, it triggered a memory. This time it was a good one. I promise.

Before I even suspected I might be autistic,  I moved to Upstate New York and started working for Advocacy and Resource Center (ARC) in Plattsburgh, NY. . I was direct support staff for 13 disabled adults. Most of the residents shared a room with one other person, some had their own room. But one room in that house was the sensory room.

It was a room where the lights were out but there was a black light. There were light up wall pictures of waterfalls, a ball pit. a couch, light tubes that stood up vertically, fuzzy balls, squishy balls, weighted blankets, soft music, sensory swing, etc. I spent all downtime in that room, even though it wasn't much. I felt an overwhelming sensation of calm. I could not put my finger on it. I can feel now exactly what I felt then.

In that area of New York, there were blizzards. It was 20 miles from the Canadian border. When there was a blizzard coming, I would spend the nigh there. I had a choice on where I would sleep. Of course it was in the sensory room. My coworkers thought it was odd, but they were supportive. I am still good friends with them today.

Anyway, I slept on the couch, under a weighted blanket. I was holding the squishy balls. The soft music was playing. That was the best sleep I have ever gotten in my entire life. I did not have a worry in the world. All my problems disappeared for that time being. It was almost like my body was so heavy that I could not leave that room.

When I was working, I took any excuse to bring my clients in that room. I do not know who enjoyed the room better, myself or they did.

Little things like this come back. Things in our past makes sense and point to my own neurodiversity. It all fits together like parts of a story. All these signs are like foreshadowing to my current realization.
autistic culture sensory