Shared: Parents Are Poisoning Their Kids With Bleach To 'Cure' Autism

Parents Are Poisoning Their Kids With Bleach To 'Cure' Autism

Melissa Eaton, 38, and Amanda Seigler, 39, are mothers to autistic children who report groups on social media that promote "miracle cures" like the use of chlorine dioxide or urine as a means to reverse autism. They have complained to Facebook and other government agencies. 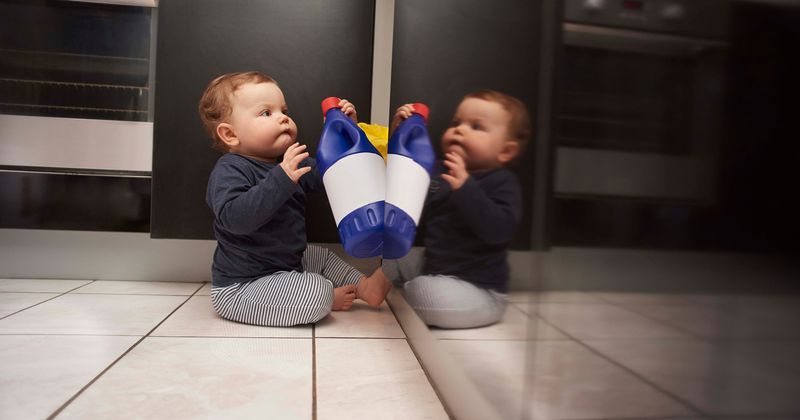 Being a parent is rewarding, but it takes hard work and commitment.  More so, if you happen to have a special needs child such as autism or any other disability. Their care and well-being are tougher to navigate, and some parents are easily swayed by cures that claim to work wonders for their child's condition.  Many vulnerable parents have taken to Facebook to connect with other parents of autistic kids by forming groups that promote all kinds of fake cures as a solution to their problems. Popular among them is the use of chlorine dioxide that is found in bleach and harmful when consumed by humans.

The parents are so blinded by the need for such quick-fix cures that they fail to realize that they are poisoning their children. However, there are other parents like Melissa Eaton and Amanda Seigler who belong to these groups but have a different agenda. Their aim is to report the various activities to the proper authorities so that action can be taken for the harmful practices promoted in such groups. Since 2016, Eaton, 39, a single mother from Salisbury, North Carolina, and Seigler, 38, a mom to six in Lake Worth, Florida,  have reported several parents of wrongdoing but they haven't got the exact response they had hoped reports NBC.

The two have spent the last three years scouring the internet and getting into over a dozen private Facebook groups for parents with autistic kids that range in membership from a few hundred to thousands. Eaton said, “It really weighs on you, but kids are being abused. You see it. You have the choice of doing something about it or letting it go. And I’m not the kind of person who can see something like that and just forget about it.” Eaton took several screenshots of posts where parents claim to give chemicals to their children, often with disastrous results. Eaton and Seigler have reported over 100 parents in this manner and complained to Facebook and several government agencies.  These include the Food and Drug Administration and the Department of Justice.

Some parents even claim to use turpentine and even the children’s own urine as the secret miracle drug for reversing autism.  Many parents claim to administer chloride dioxide orally, through enemas, and in baths. Back in 2015, Seigler was searching for her son’s autism diagnosis on Facebook when she found the chlorine dioxide groups. She said, "It went through my mind: What if someone tried to do that to my children?" What's worrying is the fact that there are a few proponents of chloride dioxide who have a large following.

They have written and sold books on the basis of such falsehood and promote themselves through various platforms like Facebook and YouTube. Jim Humble, a former Scientologist, and gold prospector was one of the first people to popularise the chemical as an autism cure. Soon others, like Kerri Rivera, a former real estate agent in Chicago became well known among parents of autistic children in these groups as someone who championed the chemical as a cure.  Rivera even wrote a book and keeps disseminating cures through videos and social media posts.

Facebook has taken some action against her by removing her page and such groups but the problem is that it takes no effort to start another group. Google (that owns YouTube) also removed videos that promote the use of such cures. But more needs to be clearly done.