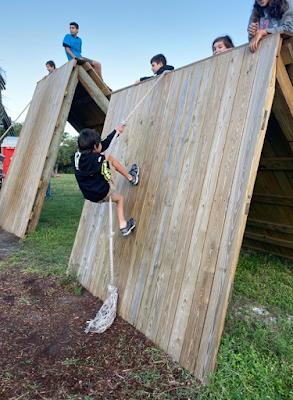 My son who is 10 years old is autistic and has been a scout since he was six years old. He was semi verbal until he was really involved with scouts. Most of my readers know I sing the praises of Boy Scouts of America for autistic children.

This past weekend was an event called Scout Advancement Weekend (SAW). This was for Weblos, Arrow of Lights and Scouts BSA to earn pins or merit badges in one weekend. It includes camping with other units from the council.

When signing up for this event last month, one leader who is our advancement chair, did not want my son to go to SAW. Her reasoning was that he might get upset and no one would know how to calm him. I was there with my girl's troop. I was the next camp site over and I had to stop over to give him his medication twice a day. The committee chair was not worried at all. I sent him to prove of all the nay sayers wrong and I am so glad I did.

I was the typical nervous cub mom. I never had my kids camping without me. I was always the leader but this was a first for me. My son had been in scouts with his friends and leaders since Tigers so logically I knew he would be fine. Emotionally, I was a nervous wreck.

He rode up to the camp with me and the older scouts. Cub scouts met at the camp on Friday night. Before driving up, we met the rest of the boy and girl troop. He was able to eat pizza with the older scouts, which he loved. It gave him more exposure to the troop procedures so he is better prepared for next year. The older boys and girls were so welcoming. We have the best troop, so it does not surprise me. The girls and boys troop are separate troops but they act like one. Its nice.

After we arrived at camp, I was able to find both camp sites. Since I was at camp, I was responsible for his medication, which was fine. All kids get medication at the same time. I just had to go hunting for my youngest there. The advancement chair has a loud mouth, so they were easy to find.

I had to leave him with his leaders and friends. I had no choice but to trust him with his physical and mental well being.

I have to admit, they were amazing with him. The advancement chair was staff for the event so she was not in contact with him that much. That I was thankful for. because while I was at woodbadge she thought it was appropriate to scream in his face during a meltdown. He forgave her, but I didn't. She has known him from preschool. There was no excuse.

The committee chair sent me a photo, the one above, of him climbing a wall with his other cub scouts cheering him on. I was told he had no fear and no hesitation. He just did it. He has been working on his coordination and upper body strength. I was crying happy tears. Was so proud of him.

Every time I went to go check on him, he was with his friends having a fabulous time. Not one shutdown, not one meltdown, not one episode of anxiety.

When I went to give him his medicine on Saturday night, one cub scout from another pack said "oh you are on medication, are you hyper or something?" He was really talking down to my son. The other cub scout from my son's pack all chimed in on how amazing he did that weekend. Really shut him up. I could not be more proud of the other cub scouts in the pack. I am a den leader for the scouts too young to be at this event. I have known these other scouts for years. My son was smiling from ear to ear. This is what scouts is about, standing up for what is right and knowing how to advocate effectively.

This was a really positive experience for him and I am really happy I did not listen to negative people. Trust your instincts. You know your child but you have to let go a little bit so they can soar. He is going to be an eagle scout before I know it.
scouting