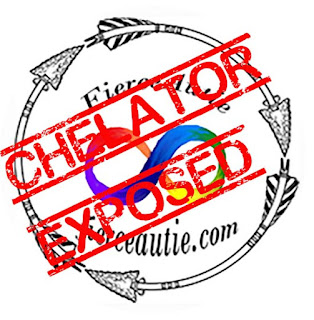 This has nothing to do with autism but EVERYTHING to do with pseudoscience. Why is this close to me? My best friend's daughter is a leukemia survivor.

Michelle Bartley Gowler admits in a TRS (toxin removal system) group that she administers this chelation to her 13-year-old daughter who has Acute Lymphoblastic Leukemia. Acute lymphoblastic leukemia (ALL) is the most common childhood cancer. It occurs when a bone marrow cell develops errors in its DNA. Symptoms may include enlarged lymph nodes, bruising, fever, bone pain, bleeding from the gums, and frequent infections. Treatments may include chemotherapy or targeted drugs that specifically kill cancer cells. This does not include chelation of any kind. Heavy metals have NOTHING to do with this.

Screenshots are below. I blocked out the child's face and her name for her own privacy that her mother did now allow her to have.

Her daughter also has a heart arrhythmia.  Cardiac arrhythmia occurs when electrical impulses in the heart don't work properly. There may be no symptoms. Or, symptoms may include a fluttering in the chest, chest pain, fainting, or dizziness. If needed, treatment includes anti-arrhythmic drugs, medical procedures, implantable devices, and surgery.

Her heart arrhythmia is caused by Long QT syndrome. Long QT syndrome can be inherited or caused by a medication or condition. It often goes undiagnosed or is misdiagnosed as a seizure disorder, such as epilepsy. People with this condition may not develop symptoms for a long time. When symptoms do occur, they can be severe and may include sudden fainting, seizures, or even sudden death.

Treatment can involve medical devices, lifestyle changes, or medications, such as beta-blockers.

Her side effects from this chelation are having a chemical taste and vivid "crazy and hilarious" dreams. The child states says she tastes a swimming pool. That alone should be alarming.

It does not state whether or not she is in remission. She was diagnosed at four years old. I am guessing she is. Knowing what I do from my friend and her daughter, she is. She was on years of chemotherapy to kill the cancer cells in her blood.

Posted by Amanda Seigler at 7:53 AM

Email ThisBlogThis!Share to TwitterShare to FacebookShare to Pinterest
Labels: chelation