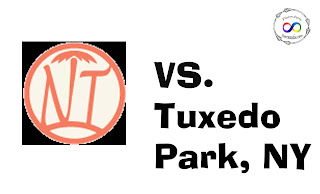 Recently, the site NTahiti.com was made public. It is the proposal that neurotypical people need an island away from all neurodiverse people. This is not the first time a concept like this has been enacted. Tuxedo Park, NY was formed on a similar principle. Instead of keeping the neurodiverse out, they kept all non-white, non-Protestant people out and formed their own little village in Orange County NY.

While wanting to separate neurotypicals from neurodivergent, she paints a very ableist picture of an "Aspergers male." She does this by perpetuating the stigma against people with personality disorders. to harmful to both groups of people.

They have forums on http://forums.delphiforums.com/aspartners
This is one of their moderators. 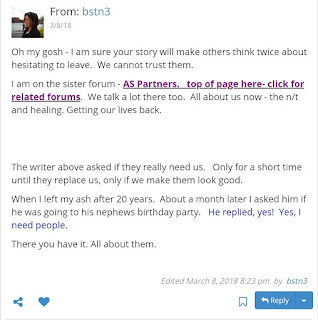 Similar to the Formation of Tuxedo Park, NY

Tuxedo Park was created in 1898 in Orange County, NY. It was the idea of Pierre Lorillard He was the heir to the Lorillard Tobacco Company. He was from New Port, RI. This is about a 45-minute drive from New York City. It was until the 1940's it was exclusively only for white Episcopalians. His idea was for a gated community with a mandatory Episcopalian church. Today there are about a dozen Jewish and Catholic families in the village. It was considered a sanctuary for the rich white Protestants. The idea was to "blend old money. congenial habits, and impeccable social antecedents."

E Digby Balzell, a distinguished historian called Tuxedo Park "a caricature of the Victorian millionaire's mania for exclusiveness."  There was a family wealth, religion, and race requirement to be admitted into this community.  There was a sturdy barbed wire fence, it was eight feet high and 24 miles long. It enclosed the entire park. It was patrolled around the clock by a private police force.

In the 1940's, after World War II, the exclusivity was lifted and there are more than a dozen Jewish and Catholic families living there now. In the 1980's there was an Orthodox Bar Mitzvah that took place there. That made the news.

How are the two the same

Tuxedo Park was meant to be a sanctuary from people who were not like them. NTahini has the same alluring concept that is attractive to some people. It does not work. It will work less for the neurotypical people because there is a chance that two of the residents will have an Autistic baby. What will happen to this baby? In a place like that, only the worse. That child will not be accepted and will be forced out.

Do not have history repeat itself. Having an exclusive place does not work.