Rebuttal to Christina England's "Why is This Serial Online Harasser Supported by the Times of London?"

Yesterday, Emma, myself, John Grealy,  and Melissa were the subject of a hit article put out by Christina England on the Liberty Beacon.


First, let's explore what kind of site The Liberty Beacon really is. According to Media Bias/Fact Check, it rates as tin foil hat and quackery.

England describes us as an online group headed by Emma. She isn't wrong but it isn't a formal group. She goes on to describe our achievements in getting MMS and instructional books removed from different sites.

Next, she describes Emma as some kind of ring leader. England complains about the different media outlets that have reported on her good work. She calls her an "autism activist." Sorry, its Autistic Activist.

England then says that Emma uses her charity to "recruit others, usually distraught, isolated and the poorly educated mothers of autistic children, who she can then train to gather evidence against families, before reporting them to child protective services in the US, UK, and Europe." We are not "trained." She does not ABA us. If we want to help we do. Its more than the US, and Europe. Last time I checked, the UK was in Europe.

England then quotes me. I'm not sure whether to be honored or frightened. "After knowing Emma for a while, she started posting photos and screen shots of people poisoning their kids and she needed help reporting in the United States. I was more than happy to help. This has been going on for six years. Through this process, I also met up with Melissa Eaton. The three of us. along with many others, have been reporting parents all over the world who subject their children to such abuse."

Next section of her article, she describes the different families that we "attacked." One she mentions is Laurel Austin. She claims that she was falsely accused but she admitted it on national TV. How is that false?

England claims that we are untruthful. Emma keeps names confidential so children and vulnerable adults can be helped.

This article goes on to outline all of Emma's accomplishments in a biased light. I will not outline the whole thing.

Who is Christina England?

In 1990, she adopted two disabled boys. In 1999, she was investigated for Münchausen syndrome by proxy. She failed to have their needs met. The children are described as "having challenging behavior, complex disabilities and medical needs." England claims that after the MMR vaccine, her older son reacted.  Due to her accusations,  she now defends parents being accused of this. She states its due to vaccination-induced encephalitis. She co-wrote a book on this subject. 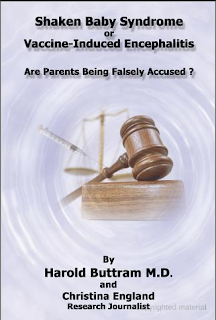 She also wrote a book on how she perceives the UK's vaccine policy called Vaccination Policy and the U.K. Government: The Untold Truth 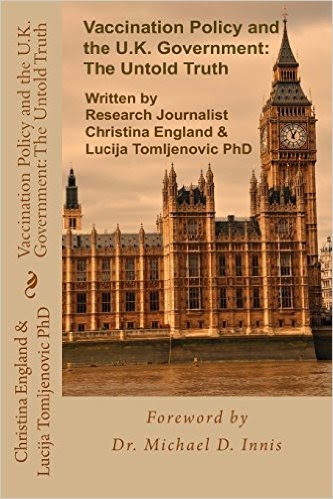 She writes for the Liberty Beacon, Health Impact News, and other conspiracy sites.

On October 26, 2019 an article was released in the UK about silica water being advertised as a "treatment" for autism. Emma had contacted the media about this ridiculous claim. What does this have to do with Christina England?

When writing this hit piece, she insinuates that we took her internet because of what she was writing.

Anything she reports on cannot be taken seriously and she should be avoided at all costs. The medical misinformation she puts out can be very dangerous if it is in the wrong hands.