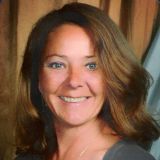 Candyce Estave is an advocate and activist for biomedical treatment on children. She was never a medical professional.  She grew up in Wyoming and moved to California in 1985. She worked as a bartender and moved up to management. She learned how to be a business promoter.
In 2002, she met Ed Estave and got married. They had a son in 2003 and a daughter in 2005. Their son was diagnosed as autistic at age 4. She sought help from the Autism Society of Santa Barbara. This is where she attended her first support group.
Estave made it her mission to "help" parents "facing the same difficulty" locating services. She became the Autism Society of Santa Barbara's North County Coordinator. She hosted regular group meetings in her home, scheduling parent training and building a network of supportive professionals. She is still not a medical professional.
Estave organized the Autism Society of Santa Barbara's Autism Awareness Fair. In 2009 she was appointed to the board of the Autism Society of Santa Barbara. She is a member of Altrusa International, Inc of Central Coast, serving on the board of directors and on the foundation board.
Estave currently interviews for Autism One the different quacks and promotes their methods. She is dangerous to the autistic community and is one of Autism One's main players. If anyone watches Autism One Media on youtube, you will see or hear Estave promoting the toxic and dangerous treatments being promoted at this quackfest. She has no medical background or experience. She is promoting things she knows nothing about and takes the quacks' word as Gospel. Her husband is the executive director and founder of Autism One.
Very recently, Ed Estave, her husband, has posted public comments about wanting Kerri Rivera as a speaker at a conference. Hasn't she done enough damage?