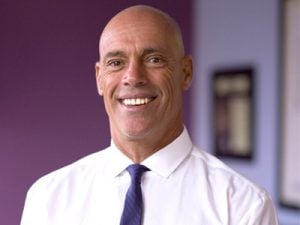 Billy Demoss is a chiropractor at his practice DeMoss Chiropractic. His practice is located in Newport Beach, California. He graduated from Los Angeles College of Chiropractic in 1985. He is certified in Chiropractic Spinal Trauma and BioPhysics. He has been in practice for 26 years. He is a public speaker about chiropractic.

Demoss is the founder of the Dead Chiropractic Society (DCS). They are in a coalition of South California chiropractors who meet to discuss chiropractic philosophy. In 2008, he expanded DCS by founding California Jam, a music party for chiropractors.

DeMoss has been a speaker at Autism One before. His talk is "Balancing the Neurological System with Chiropractic." He states "I have been pushing the anti-vax thing for so long."

"The problem with these pro vaxxers is that they haven't done any research. They have not even read the insert pack." Has he been with every appointment with everyone who has vaccinated their children in the United States? That is a bold statement.

He says he knows what he is talking about because he has done the reading. So have a lot of us. He does not know how vaccines work.

DeMoss says every child after birth needs to be checked for subluxation. Subluxation is being misaligned. "If you want to live at a higher expression and a higher level of you, you need a chiropractor in your life."

He claims that watching tv supports a system that brainwashing us into thinking medicine works. He does not believe anything the government tells him. He says people just need to have some faith.

He calls healthcare a machine. He is reading off how there was an increase of doses of the MMR and chickenpox vaccine to increase effectiveness. DeMoss does not see it that way. He sees it as the machine not stopping. He believes that chiropractic is building an army.

He calls having a mobile phone a "guinea pig experiment."

DeMoss says, "Autism is just a bullshit name because they can't admit they are vaccine injured." When we ask where their research is, anti-vaxxers do not think they need to provide research to back their claims. This is what DeMoss believes. "You are are the ones trying to bend the rules and trying to perfect G-d's perfection."

He believes that there is pus, carcinogens, and neurotoxins in vaccines. He says to show him it is safe but he does not have to provide proof.