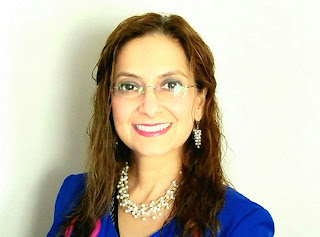 Jodie Dashore is a clinician in autism, biotoxin illness/chronic inflammatory response syndrome, and Lyme disease. She is a member of the International Lyme and Associated Diseases Society (ILADS) and a Lyme Naturopathic Clinician. She uses "all-natural protocols for helping patients with chronic and treatment-resistant Lyme Disease." She says all her approaches are "plant-based biological approaches." She currently works with people in 25 different countries around the world. She works through her clinic Bionexus Health. She founded it in 2009 and it is located in Marlboro, New Jersey.

Dashore received her Ph.D. in integrative medicine. Her thesis focus was on medical herbalism for autism. She has a doctorate in Occupational Therapy specializing in neurology with a focus on traumatic brain injury and stroke. She has a post-doctorate in advanced neurosensory integration. She is a registered herbalist with the American Herbalist Guild.

Dashore claims she can "recover" a person from autism. She calls it the Shoemaker Protocol. She offers Skype appointments.

What Dashore Says Autism Is

"The Majority of our ASD patients have multiple bacteria, fungal, parasitic and viral infections.
"We found the presence of underlying infections both accute and chronic
"This could be important in the inception, progression and severity of autism"
She says her autistic patients come in with vaccine injuries, toxins, parasites, and other underlying conditions. She says that 100% of her pediatric patients come in with tick-borne infections and have PANS. She says that over 70% of her patients will have PANS and CIRS at the same time.

Her Lecture on the Subject

Dashore says that doctors in India, Africa, and the Middle East increasingly recognize camel's milk benefits. She claims that the American doctors have been slower to accept it. "Anything holistic always comes last to the United States."

She learned about it from Dr. Dietrick Klinghardt, from her son's doctor. In 2011, when her son started drinking camel milk, she claims that his motor tics initially became three or four times worse. She calls this a "healing crisis." She claims that the milk kills off harmful bacteria. After two weeks he stopped having these "tics." She claims that camels Milk cures autism.

Dashore recommends camel milk for every autistic child as part of a broader treatment. She says that 99% of parents follow her advice "especially since they know I have a live guinea pig at home." She literally called her son a guinea pig.  There was a Facebook group called "Healing with Camel Milk" that serves as a resource for parents trying to cure their children.

The truth about Camels Milk

The FDA warns about this being a fake cure for autism. They warn not to try any fake cures that claim to cure autism. They are not real and can be potentially dangerous.