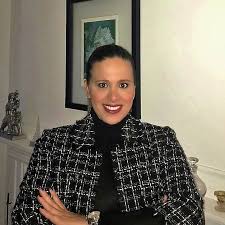 Monica Leon del Rio is a  Colombian attorney and a mother of a girl that was sick after the HPV vaccine. She became a central figure in the legal battles around the issue in Columbia. She vowed to fight for her daughter Alejandra, and the other girls like her, to get her help. She took on numerous cases if suspected vaccine injuries from El Carmen d Bolivar.

In November 2014, Rio represented a 15-year-old girl from El Caren de Bolivar. Rio won a judgment from the Constitutional Court. She advocates for no HPV vaccine mandate. She is currently perusing a class action suit against the manufacturer. This class action lawsuit is in Japan.  She  the chairperson of "Rebuilding Hope Association HPV Vaccine Victims."

She has spoken at the International Symposium in Japan, advocating against this vaccine.

Challenged by an Award-Winning Medical Researcher


An HPV vaccine advocate Dr Munos repeatedly called her out for her legal efforts. He said that she was being an antivaccine activist. Rio denies this. Dr Munos is well respected in HPV epidemiological research for many decades. Her research found that the HPV virus its a cause of cervical cancer. She has written hundreds of scientific article, received many awards and has been nominated for a Nobel Prize.

This class-action lawsuit was fired in Colombia against the Columbian government and Merck Sharp & Dohme by a group representing 700 individuals who say that they have been injured by Gardasil, the pharmaceutical company's HPV vaccine.

Get this book in print▼
Posted by Amanda Seigler at 9:37 AM