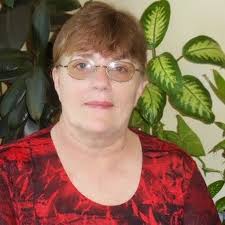 Norma Erickson is a freelance writer and an independent business consultant. She is not a medical professional. She has been an anti-HPV vaccine activist for over 10 years. She has published many articles. She says she advocates for informed choice and medical consumer protection.

In 2010, Erickson established SaneVax, Inc. This was a "direct response to the worldwide devastation left in the wake of the HPV vaccination programs." She is currently the president of this organization. She claims that she values facts and honest research. She said she made discoveries during her research that led directly to the concept and creation of SaneVax. This organization is "dedicated to creating a world where only safe, affordable, necessary and effective vaccines are allowed." This organization spreads misinformation about the life-saving HPV vaccine.

She has not been silent about her perceived dangers of this vaccine. She has even written a letter to the FDA stating that there is DNA in the vaccine.“SANE Vax Inc. contracted with an independent lab to test for contamination and found HPV recombinant DNA (rDNA) in 13 vaccine vials.” Curiously (or “curiously”), there is not a single scientific paper or report describing the methodology used and the specific tests used, apparently because of “the proprietary processes and information utilized by our laboratory to test the samples.” In this test, the FDA was not given the results or the methodology behind the findings. In the off chance where their analysis was correct, they would be extremely unlikely to be problematic. This is because the amount of HPV DNA involved in any case was exponentially smaller than they would need to have the slightest chance of invading cells and causing infection.  Even with this knowledge, SaneVax demanded that the FDA take action. SaneVax's only aim was to scare the public with their pseudoscience.

Erickson co-authored a paper with Catherine J Frompovich an article called "A parent's Guide: What to do if your child dies after a vaccination." The purpose of this article was that vaccine-related deaths are very rare. This means to Erickson and Frompovich there is a conspiracy. They completely misunderstand the concept that causation and misusing the VARS database. They managed to imply that the "true" number of vaccine-related deaths is between 2,170 and 21,700 per year. This is the same as 40% of all childhood deaths before age 19. They combined this with their idea that the problem is the increased number of vaccines that are given. Their theories are in contradiction with the steady decrease in the child mortality rate over the past few decades.  "Parents should realize their gut instincts most often are correct, especially about their child whom they have been taking care of since birth."  So according to them, mothers' intuition outranks a medical degree. That is not reality. That is fantasy.

She believes that every medical consumer has the right to complete and accurate information regarding risks as well as the benefits of vaccines prior to deciding whether a particular vaccine is right for them. This anti-vax organization has an international presence in Argentina, Australia, Belgium, Brazil, Canada, Demark, Japan, Finland, India, Ireland, Israel, Italy, Malaysia, Mexico, Netherlands, New Zealand, Norway, Peru, Russia, Spain, South Africa, Sweden, Zambia, United Kingdom, and the United State of America. They are known in 157 countries around the world. Scary.

She made it her personal mission to provide information in a clear and easy to understand format so people are able to make an "informed" decision. One problem with this. She is not a medical professional. The safety of vaccines and pharmaceuticals should be left to the professionals that understand every aspect of what they are advocating for.

She has authored a book called "Trust to Tragedy." She says this book is aimed to give the HPV vaccine injured a voice.