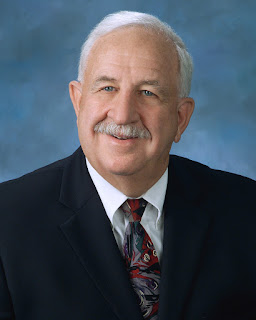 His research interests are focused on the role of oxidative stress and impaired methylation reactions in neurodevelopmental, neuropsychiatric and neurodegenerative disorders. His current work is focused on autism "helping to understand the factors contributing to the current autism epidemic."

Deth believes that the brain is vulnerable to toxins. The development of the brain takes place where antioxidants are very scarce. The brain uses 10 x as much oxygen as any other organ. The brain uses the risk of having too much oxygen to guide the brain and to guide the "turning on and turning off of genes." He believes that toxins across the board including heavy metals, glyphosate, and pesticides lower antioxidant levels.


"The big increase is not genetic, it's not like there is these new genes that are becoming a problem. The problem is that the mechanism underlying brain development depends on having enough antioxidants. The problem is toxins in the environment develop neurodevelopmental disorders."

He believes that exposure to these toxins can carry over to future generations. He calls it the transgenerational effect. He says it can affect five or six generations. Grandmother's exposures can be felt. He calls it epigenetics. It means its not the gene sequence, its things that happen to the genes. This is caused by toxins. This turns the genes on and off.

He supports the link between thiomersal and autism. This has been debunked by science. He states that thimerosal in vaccines could give rise to autism in a subset of children who are genetically vulnerable. He says that the body's response to thimerosal is a hormetic one. This means when a low-level exposure to the substance causes a beneficial effect. He initially played a roll in the initial confusion about suggesting the thiomersal and vaccines relationship. He testified to Congress twice about this. His theories are contradicted by the current research. The levels of thimerosal in vaccines cannot be implicated as a cause. One University he worked for, Northeastern University, wrote a letter telling him to stop.

He is a believer that the MTHFR gene causes autism and medical issues. He says that the percentage of autistic people with this gene is very high. This has been debunked by science.