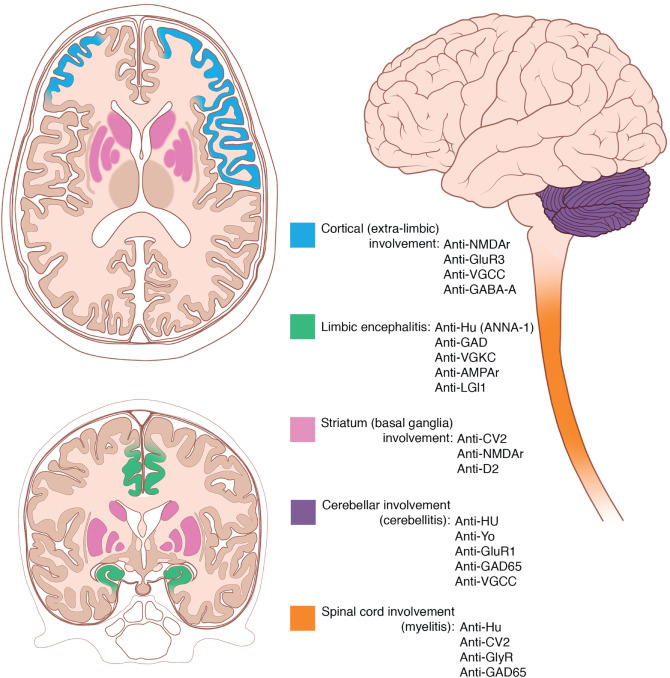 
Psychological symptoms
These symptoms may fluctuate but normally progress over days to a few weeks. Symptoms can progress to loss of consciousness and the patient may slip into a coma.

Treatment may include intravenous immunosuppressive therapy and tumor removal when necessary. Each treatment decreases the risk of long term complications, speeds recovery and reduces risk of relapse. If it is not treated, autoimmune encephalitis can lead to progressive neurologic deterioration or the loss of life.

When the DSM V was released, the autism diagnosis includes autism, pervasive developmental disorder and Aspergers syndrome. This is all now part of the Autistic Spectrum.

Signs according to the CDC:

There is no cure for autism. There are therapies that can help with skills. They are speech language therapy, occupational therapy and physical therapy if needed. An evaluation will be needed to determine what therapy is needed.

Autoimmune encephalitis is not Autism

There are very different signs of both conditions. Autoimmune encephalitis is normally diagnosed in a psychiatric setting when the patient is in their 20's. In current times, children are diagnosed with autism between 1-3 years old.

Hinds claims she treated her son with restrictive diets such as Nemechek Protocol,  GAPS and Gluten Free and Casein Free. She also treated him with antivirals, vitamin D supplements, anti fungals and other supplements. I personally asked her this on a Zoom call. She uses a test called bio feedback. If her son truly had autoimmune encephalitis, he would have died using these quack treatments.