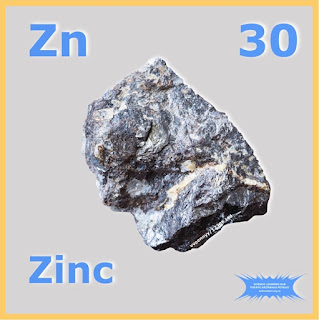 Zinc is a mineral called an "essential trace element" because in very small amounts, it is needed to maintain good health. Supplements are used to treat stunted growth and acute diarrhea in children, slow wound healing and Wilson's disease. There is no good scientific proof to support its use.

They also say there is an imbalanced relationship between copper and zinc. When copper is high, then zinc is very low.

They say that a lack of zinc during early development may contribute to autism through impaired synaptic maturation and neuronal circuit formation.

They believe that there is an interaction between zinc and Shank proteins that could lead to a diagnostic, treatment and prevention of autism. Gaps in synaptic development are linked with autism related environmental factors such as prenatal inflammation and zinc deficiency during critical periods of brain development.

They hypothesize that there is a possible focus for genetic and environmental interactions.

They admit that "there are no controlled studies of autism risk with zinc supplementation in pregnant women or babies."

There was a a scientific, peer reviewed study by the Research & Education Foundation at Sligo Regional Hospital in Ireland. This study was to prove or disprove the zinc deficiency theory.

They had recruited autistic children from 2-18 years of age with informed consent from their parents. The control group was of non disabled children that were patients of a pediatric department for routine blood testing. Children who were on supplements were excluded from both the test and control group.

When this theory is brought to parents, the need to supplement with zinc can be dangerous. It is needed for catalytic, structural and regulatory functions in the body. The side effects from a Zinc overdose are:

Taking more than 100 mg doubles the risk of prostate cancer.

Antiboiotics interact with zinc. Zinc decreases how much antibiotics the body absorbs. Taking zinc along with some antibiotics may decrease the effectiveness.

Zinc also interacts with some cancer drugs. It may decrease how much the body absorbs.

Dietary zinc deficiency is very common in the developing world. It affects approximately 2 billion people. Consumption of diets high in phytate and lacking food from animal origin cause this deficiency.

If you think you have a zinc deficiency, please see a medical doctor for a blood test confirming this deficiency and the cause.