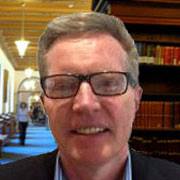 How did I hear of This Quack?

I received a comment on my about section on this site last night:

When I first got this comment, it was late at night. Knowing me, I dug into who he is. I was wondering how he heard of me. If he did not do this, would never have known who he is.

Who is John Bedson?

John Bedson is a self employed  investor in Melbourne, Victoria, Australia. His company is called Bedson Investments Lmt Pty. It is described as a corporate trustee holding company. It was founded in 2003.

This is not the first business he had.  From 1972-2003, he owned his lighting company called Bedsons Ltd. It is described as a commercial lighting manufacturer operating globally. How did we not hear of this? I know I have not.

There is no website for either company that I could find.

He was educated in White Abbey, West Midlands, United Kingdom. Could not find the actual educational institution.

How is Bedson a Quack?

Upon digging, it was discovered he has a blog on how to cure Atrial Fibrillation and sleep apnea. He starts out stating that he is not a doctor and he is not medically trained. With this being said he is giving advice on how to cure a condition that has no cure. He has a disclaimer to tell the reader that they should consult a medical professional. He claims the type is "lone Afib" but that is not a type of afib at all!

What is Atrial Fibrillation?

Atrial fibrillation is an irregular and often rapid heart rate. This increases the risk for strokes, heart failure and other heart related complications.

In a person with this condition, the heart's two upper chambers (the atria)beat chaotically and irregularly. There is no coordination with the other two chambers (the ventricles) of the heart. Please click the above link to learn more about Afib from Mayo Clinic.

What Bedson Claims cures his Afib:


2. I reduced my saturated fat intake to close to zero.


5. I reduced my sugar intake to as close to zero as possible.


6. I ate whole foods and NO processed foods. Frozen vegetables are often
better than fresh vegetables because their nutritional values can be higher.


7. I reduced my exercise to a low to moderate level. I increased my exercise regime when I
was cured, but I never intend to over-exercise in case it causes my afib to return.


8. I tried to reduce my stress levels.


9. I never let my stomach become over acidic. If it did, I used antacids immediately,
or vomited to raise the PH value of my stomach. On a vegan diet your are unlikely to suffer
from an acid stomach.


10. I reduced my alcohol intake to a very low level, but not complete abstinence.


11. I reduced my caffeine intake to zero. No exceptions. NO smoking or recreational
drugs of any kind.


12. I avoided highly spiced food even if it was vegan.


13. I avoided ANYTHING and EVERYTHING that upset my stomach.


14. I cured my sleep apnea without CPAP. Click the "How I Beat Sleep Apnea" tab above to
discover how I accomplished this.


15. I used anti-arrhythmic medication (Flecainide) if necessary during my transition to a cure,
but as my afib attacks reduced and then ceased, I VERY slowly weaned myself off medication.
This must be done under the appropriate medical supervision.


16. I used anti-arrhythmic medication aggressively to stop any afib episodes as fast as possible to
allow my atria to slowly remodel itself back to health. You need to spend as little time as possible in
afib during each episode. I vomited before I took an antiarrhythmic bolus to stop an afib episode to
speed its effect by operating on an empty digestion tract. If my stomach was acid, I took an antacid.
If my stomach was upset, I took a ground ginger tablet with the anti-arrhythmic bolus.


17. If you don't eat much fruit, I suggest that you take a magnesium supplement, and perhaps
potassium. But once you eat a good quality vegan diet you won't need supplements


18. Don't fall for the "Low Carb/High Fat" fad diets. Vegans are the most healthy people on the planet.
It is my opinion that high intakes of fat in the diet exacerbates lone afib by injuring the heart's
electrical properties.


19. I take a vitamin D supplement to keep my levels high.


20. As your atria recovers you might be able to make some exceptions to the above rules, as I do,
but this must be done cautiously and only after your afib episodes, tachycardia and missed beats
(PACs) have stopped for at least a year. You must be sure that you are 100% cured before deviating
from the above guidelines. Once you are cured you will know it and you will feel much better.
But if you subsequently go back to your old way
of eating and living, your afib will probably return.


21. If you do go vegan, you will need to take vitamin B12 supplements as this cannot be obtained
on a vegan diet."

How he claimed to cure his afib:

All of these measures prevent afib but they do not treat it. The medications he took is the prescribed
treatment for his condition. From how he describes the episodes of afib he most likely has Paroxysmal
atrial fibrillation.

What is Sleep Apnea?

Sleep apnea is a potentially serious sleep disorder in which breathing repeatedly stops and starts.
If the person snores loudly and feels tired even after a full night's sleep, they may have this disorder.
Click on the link above to find more information from the Mayo Clinic.

How Bedson claims to have cured his sleep apnea:

apnea. I could not fall asleep at night without my brain forgetting to breathe and I awoke on the point

of falling asleep. I asked my wife to watch me fall asleep and she confirmed that It was NOT obstructive

sleep apnea. I did not choke for lack of air, I simply stopped breathing. I woke gasping for air, but NOT

choking for air as I used to do with obstructive sleep apnea.I purchased an oxygen recorder on Ebay

and it showed the same thing; my breathing stopped even though my airways were clear.

prescribe Acetazolamide 250mg for me. She is used to me asking for the most extraordinary

medications to cure all sorts of illnesses and diseases so she agreed without question. She has

learned to trust me!

and since that time the central sleep apnea has only very rarely returned. If it does I take

Acetazolamide for a night's sleep and it goes away again.

sleep apnea, so I conclude that the central sleep apnea was a result of my stopping the obstructive

sleep apnea even though I was not using CPAP."

Can Sleep Apnea be cured?

There is no cure for sleep apnea but there are treatments. The treatments include appliances to keep
the airway open, a cpap machine or surgery. In Bedson's description, he does not really say how
he cured it and we should just believe his wife. No evidence. I tend to believe Mayo Clinic over a
stranger online.

He came onto my site and tried to leave a comment saying that I am autistic and have borderline
personality disorder. At last he used Identity First Language for the Autistic part. Lets take a look closer.
Is "seriously autistic" an upgraded diagnosis? If so I will take it. Lets level up!

But seriously, if you live on the opposite side of the planet and never had an interaction with someone,
you cannot diagnose someone with BPD. Especially if you do not have expertise is psychiatry.