It took moms to hack the COVID quacks

Date: September 1, 2020
Author: Anne Borden King
“I am a Bishop of the Genesis II Church and you are harassing me. This is a sovereign church right here. … We’ve written the President. Jesus Christ is Lord and he is going to come back and he is going to save us from this evil empire!”
So shouted Jonathan Grenon to the U.S. federal agents serving papers demanding his company cease and desist from selling MMS, a bleach product that Genesis II had been promoting as a phony COVID-19 treatment. Operation Quack Hack, a project of U.S. government regulators and law enforcement, continues to crack down on Genesis II and others selling phony COVID-19 treatments.
The raids on the Grenon compound were the first major U.S. federal action against the Genesis II Church that has for years been peddling bleach as a cure for everything from autism to cancer. The pandemic accelerated the church’s profits; while the Grenon family earned $500,000 in all of 2019, it earned $123,000 in March 2020 alone. As the coronavirus pandemic spread, so grew the hubris of the scammers that profit from pseudoscience.
The Grenons’ ongoing defiance of court orders and the entire premise of their “church” may seem shocking and bizarre. But none of it is a surprise to the group of mothers who have been fighting tirelessly to stop Genesis II and other MMS sellers for years. The only surprise to them was why it took so long to arrest the Grenons.
The Genesis II Church and Kerri Rivera, among others, have been selling chlorine dioxide (marketed as “Miracle Mineral Solution or MMS) for more than a decade, with claims it can cure autism, cancer, diabetes and more. They not only profit from selling MMS but from seminars that they conduct worldwide. As Melissa Eaton, who has been closely monitoring Genesis II for years, notes: “It only takes 30 people to attend a seminar and that’s $15,000 in the Grenons’ pockets.”
Genesis II sometimes refers to the bleach as “sacraments,” selling $600 church memberships and promoting MMS directly within 139 countries. In July, the Bolivian Senate designated MMS as a treatment for COVID-19, authorizing its sale in pharmacies. This market penetration fits with the Grenons’ marketing goals as for years they have applied a missionary style to their salesmanship. 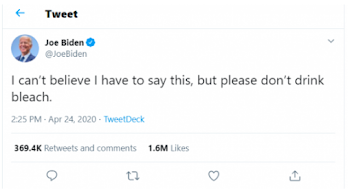