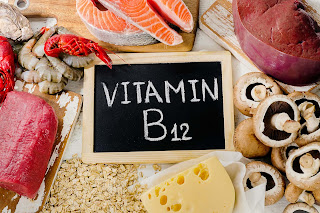 Methylcobalamin or Methyl B12, is a form of vitamin B12. Vitamin B12 is important for the brain and nerves, and for production of red blood cells. It is used to treat a vitamin B 12 deficiency. Methyl B12 is sometimes used in people with pernicious anemia, diabetic neuropathy and other health problems.  Laboratory testing can be utilized to determine if there is a true deficiency. The cause may even be detected.

It is warned to never give B12 without medical advice.

Methyl-B12 injections were awarded the "most recommended medical treatment" for autism at the DAN! 2004 conference. It is listed as an autism treatment on TACA's website.

Dr. James Neubrander presented at AutismOne in 2005 about the protocol with Methyl-B12 being used on autistic children. He claims it was an accidental discovery. Jill James ran a study on Methyl B12. The doctor supplying her with the Methyl B12 heard Neubrander's lecture on the subject and extended the study for a few weeks with an addition of methyl B12.

This study's objective was to determine whether or not the treatment with metabolic precursors, methylocbalmin (B12) and folic acid would improve plasma concentrations in autistic children. The study says nothing about autistic signs or behavior. The study subjects are 40 autistic children who are administered the B12 injections with folic acid. Their plasma has a higher density than the children who were not administered the injections. Hardly a breakthrough study with any significant findings.

Claimed benefit of B12 Injections:

These were reported by parent letters. Anecdotal evidence is not scientific evidence.

Side Effects According to TACA

According to American Academy of Child and Adolescent Psychiatry, B12 injections for autism sho no sign of benefit. In 2006, AACAP conducted a study with B12 injections on autistic children. They showed no sign of significant benefit according to Dr. Lesley Deprey of University of California at Davis. They put together the study because of the "anecdotal reports of remarkable clinical improvements." There have been no supporting published studies. They conducted the study based on the idea it shows improvement for schizophrenia and Alzheimer's disease.

The researchers who were involved with the study reported no significant benefits. The study included 14 patients and they completed a three month double blind study. There was no significant differences with active versus placebo treatment.  Diagnosis of autism was confirmed using several clinical evaluations. They were not permitted to have any additional treatments or medications during the study.

IF YOU THINK YOU HAVE A B12 DEFICIENCY PLEASE SEE YOUR DOCTOR FOR EVALUATION!