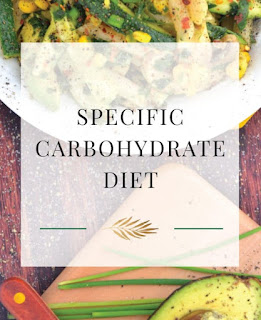 What is the Specific Carbohydrate Diet?

According to Sanford University, the specific carbohydrate diet is a nutritional therapy in pediatric Crohn's disease. It is a well established and effective treatment to induce remission of active inflammation. SCD was developed from the work of Dr. Sydney Haas, a biologist an scientist who helped her daughter with Ulcerative Colitis using SCD. There are only a few clinics that use this diet as therapy. There is no actual scientific evidence for this restrictive diet for autism. There is anecdotal evidence but this does not hold up in a scientific study.

Another Restrictive Diet Appropriated by MAPS

The Specific Carbohydrate Diet (SCD) is another restrictive diet appropriated from a real treatment claiming to be an effective dietary intervention for autism and is recognized by MAPS. It is endorsed by TACA. The co-founder of DAN! has said, "SCD is the best treatment that I have found so far for many children on the Autism Spectrum."

Haas says that certain sugars feed microbes such as bacteria, yeast and fungi. These microbes are in the gut (the gut again?) and cause GI problems, autism and other conditions. They claim that SCD eliminates these microbes by starving them while nourishing the body. This allegedly repairs the gut/brain connection.

SCD is very similar to the GFCF diet. It is gluten free but does not allow starch and sugar. SCD includes dairy that is lactose free and contains denatured casein. Dairy foods are not mandatory on SCD. The first three months on this diet should be dairy free. "The majority of ASD children beginning SCD without dairy and many successful integrate dairy back into their diet after some healing occurs."

TACA says if the GFCF diet does not work, this one will. "Often taking the diet one step further can be the key to success for many children on the spectrum. That one step depends on the unique issues to the child."